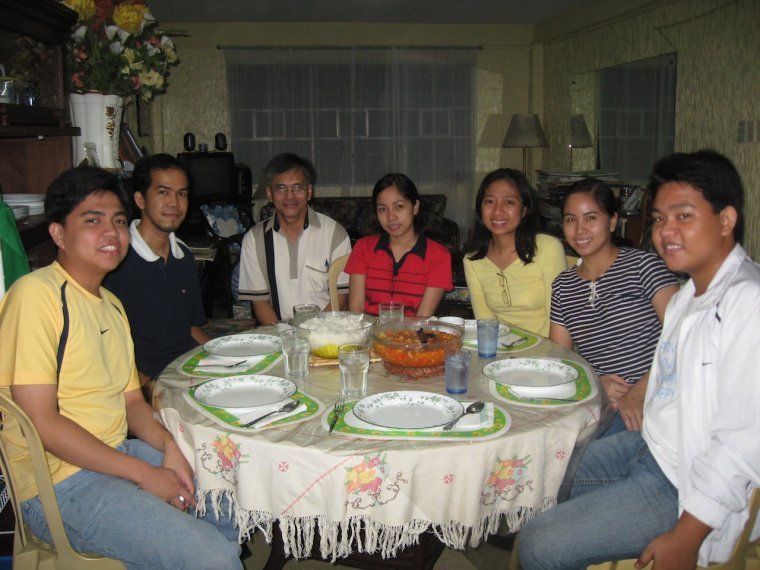 Beginnings
A core group of young people first met for Bible study at our home in Antipolo, Rizal, Philippines on a Saturday afternoon, June 21, 2008, in the midst of a destructive typhoon that hit the Philippines. As the storm was approaching Manila, we had an introduction to our study and a time of fellowship afterwards. The Lord was merciful to all of them in getting them safely back to their homes.

Because of the difficulty in commuting in the heavy rains (and floods later), only six out of 10 who were invited made it. The group consisted mainly of young professionals and college students. Only one has a family with four little children. We planned to meet every Sunday at 3 pm starting the following week at our home for these first few weeks until we find a more suitable place. 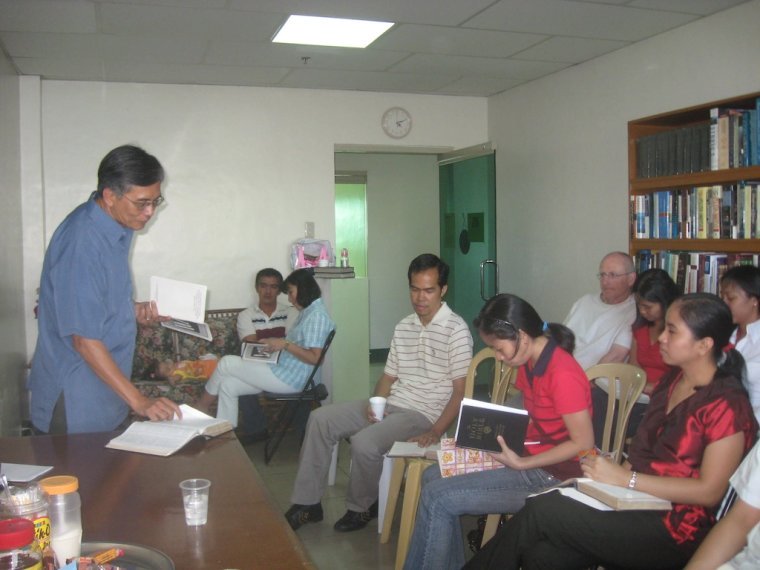 Since no one in this group belonged to a church, we decided to start meeting for worship on Sunday afternoons at Mars Hill Study Center on August 10, 2008. We begun with a Bible study at 1:30 pm, followed by a time of fellowship, and then by a worship service at 3 pm. We continued our Bible studies on the “Five Points of Calvinism” for several more weeks, and then started a sermon series on the “One, Holy, Catholic and Apostolic Church” from the Nicene Creed. Later, we moved the Bible studies on Saturdays at 2:30 pm, and the Sunday worship services at the same time.

Plans
As we celebrated our second year anniversary, we praise God for his faithfulness in building up the church through “the apostles’ teaching and fellowship, the breaking of bread, and the prayers.” If the Lord wills, we plan to move to a larger room, have morning and evening services with catechism classes and fellowship in between, and invite the surrounding community to a new Bible study.

Our desire is to disciple the members of Pasig Covenant Reformed Church into mature Christians, and proclaim the true gospel to “inquirers” who visit us.

March 2013 Update
Since about middle of 2012, our Sunday attendance have increased slightly to about 15-25. Because of lack of space, we have moved our meeting place to a bigger room in the Second Floor of the same building (RCJ Business Center). Our worship service starts at 2:00 PM, followed by about 15 minutes of merienda fellowship, then ends with Sunday school from about 4:00-5:00 PM.

We have also started a Sunday school for children using Great Commission Publication’s catechism series. The adult Sunday school is now studying the Belgic Confession, after we finished a study of Church History.

March 2015 Update
In mid-2014, our Sunday attendance peaked at about 40-45, but today we settled back to about 20-30. In June 2013, we started renting Touch Community Baptist Church in Brookside Hills, Cainta, Rizal. Our worship service starts at 2:30 PM, followed by about 15 minutes of merienda fellowship, then ends with Sunday school from about 4:00-5:00 PM. In June 2014, we started a second worship service.

In February 2015, we also started a Bible study and prayer meeting on Saturday evenings.

August 2016 Update
On August 28, Rev. Paulo Vasquez was installed as the Minister of Word and Sacrament by Rev. Lance Filio and the elders and deacons of both ZCRC churches, assisted by Rev. Iain Duguid, who taught a conference that same weekend. Our regular Sunday attendance has been stable at 30-35 people.

So, you or your friends live who live in the Antipolo-Cainta-Taytay-Pasig-Marikina-Mandaluyong areas are cordially invited to our Bible study and fellowship group. You may leave a comment here or email me at: dvopilgrimatgmaildotcom. 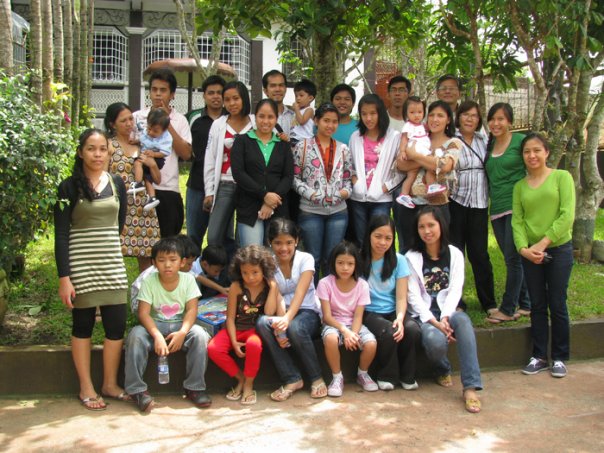 First retreat in Tagaytay, May 2009 (Click picture to enlarge)

About the Founding Pastor
Pastor Nollie Malabuyo is an ordained Associate Pastor of Trinity United Reformed Church in Concord, California. You can read more about the URCNA here. In 2008, he was sent as a missionary-pastor to the Philippines. Pastor Nollie received his Bachelor’s degree in Mechanical Engineering from the University of the Philippines in Diliman, Quezon City in 1973 and Master of Divinity from Westminster Seminary in California (Escondido) in 2005.

From 1976-95, Pastor Nollie worked as a professional engineer for various engineering companies in the U.S. In 1995, God called him as a missionary back to the Philippines under Wycliffe Bible Translators, serving as a computer specialist until 2008. He also taught various Biblical and theological classes at Presbyterian Theological Seminary and Unida Biblical Seminary, both in Cavite Province, from 2005-09.

Pastor Nollie retired from the Philippine ministry in July 2014. But he “unretired” in June 2015 to be the Interim Pastor of Big Springs Community Church (URC) in Montague, California. Two of their three sons and a daughter live, work and study in California. The other son and his family live in London, U.K.