Congregation of Christ: Gideon and Samson are the two most romanticized judges of Israel in the Bible. They’ve been subjects of “Be Like” sermons and two of the most frequently told stories in Sunday School. 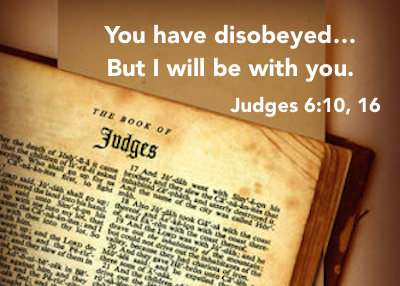 Today, we will have the first lesson on the story of Gideon, which spans Chapters 6-8 of the Book of Judges. This narrative begins with the familiar opening refrain of the stories of the judges. After Deborah judged Israel for 40 years, she died. And as soon as she died, “The people of Israel did what was evil in the sight of the LORD.” Again, the LORD responded to this rebellion by giving Israel into the hand of Midian for seven years. Unlike the stories of the previous four judges, the oppression of Israel by the Midianites, the Amalekites, and the people of the East is detailed. They would plunder the crops and the livestock, and ravage the land.

As we have seen in the first four judges, when the people were under severe oppression, they “cried out for help to the LORD.” Again, unlike the first four judges, God responded to their cry. But God’s response was in the person of a prophet who recounted God’s gracious deliverance of the people from their slavery in Egypt. The prophet then rebuked them for their unbelief, disobedience and rebellion against the LORD.

But the next scene takes us under the terebinth or oak tree at a place called Ophrah, belonging to Joash the father of Gideon. The angel of the LORD appeared to Gideon there and commanded him to save Israel from the hand of Midian. The LORD promised to be with him. But Gideon disagreed with the angel of the LORD in distrust, saying that he is not a warrior. He even blamed God for the sufferings of Israel.

In his unbelief, Gideon asks God to perform a sign – actually a total of three signs – for him before he obeys the LORD’s command. Gideon first made an offering of sorts to the LORD which the LORD accepted. After this, Gideon gathered an army from the Abiezrites, his father’s clan of the tribe of Manasseh, and from the tribes of Asher, Zebulun and Naphtali. These are the tribes nearest Gideon’s home. But Gideon was not finished with doubting and testing God. He asked God to perform two more signs, to which God obliged. Now Gideon was ready for battle, or was he? Will God’s grace deliver these rebels from their oppression?

Our theme today is “Gideon: God’s Grace Towards Rebels.” This narrative is not just material for a be-like-Gideon story with a moral lesson, but has applications in our life as individuals and as a church. We have three headings: first, Rejected by Rebels; second, Delivers Even Rebels; and third, Assures Doubting Rebels.