“Quiet in the Church”

Congregation of Christ: Forty years ago, in 1976, the Episcopalian Church USA allowed homosexuals to become members of the church. Then in 2003, this denomination ordained an openly gay bishop. Six years later, in 2009, the ECUSA officially recognized same-sex marriages. And last year, they officially rejected the doctrine of marriage as the union between a man and a woman. 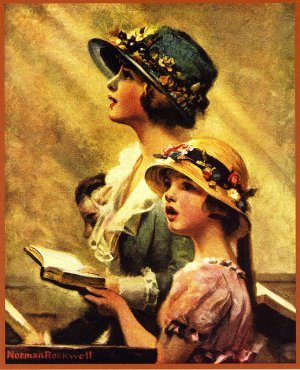 As the Episcopal Church considers the ordination of an openly gay bishop and the blessing of same-sex marriages, it is worthwhile to remember some of the dynamics of sexual politics from the first centuries of Christianity. The earliest surviving documents of Christianity, the letters of Paul, already show that there were controversies over same-sex relations, marriage, and women’s roles in leadership. The logic against same-sex relations, that they violated the hierarchical rule of men has remained in place. It’s time to break that logic.

It is noteworthy that those who support the homosexual movement in the last 40-50 years tie this issue with the role of women in the church. But women leadership in the church goes back more than 50 years ago, probably when churches started sending unmarried women missionaries in the middle of the 19th century. At the beginning of the 20th century, women already outnumbered men in the foreign mission field. The most notable of these women was Pearl S. Buck, a Presbyterian missionary in China in 1914-32. But she became a strong modernist who rejected the doctrine of original sin, and taught that the virgin birth, the divinity, and the miracles of Christ were not necessary for Christianity. She also emphasized humanitarian efforts, which we call today as the “social gospel,” more than preaching the gospel.

Professor King also adds, “The Episcopal Church now needs to consider what the Spirit is saying about the goodness and justice of the ancient rationale against same-sex relations.” She pits the Spirit against the Holy Scripture. I’m sure that the spirit she’s referring to is the evil spirit of the devil, since the Holy Spirit cannot contradict the clear teaching of Scripture about the sin of same-sex relations, and about the role of women in the church. 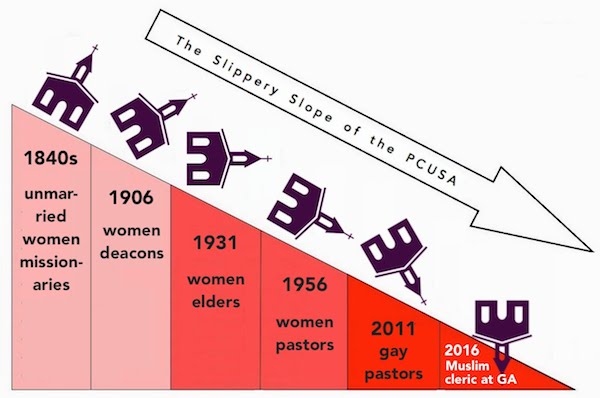 The Presbyterian Church (USA) is the prime example of this tie between the leadership roles of women in, and same-sex relationships blessed by the church. The church has sent unmarried women missionaries for over 150 years, and has ordained women deacons for 110 years, women elders for 85 years, and women pastors for 60 years.[ref]Rhashell Hunter, https://www.pcusa.org/news/2016/5/24/pcusa-celebrates-60-years-womens-ordination/, May 24, 2016.[/ref] In 2011, the church officially allowed the ordination of homosexual pastors, and last year, actually ordained a lesbian couple. What’s next for these apostate denominations and churches? In this year’s General Assembly, the PCUSA welcomed a Muslim to offer a prayer to Allah! Slip, slip, slippery slope.

We will not study what the Bible says about homosexuality today. But what does the Bible actually teach about the role of women in the church?